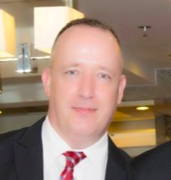 David Lawrence has been involved in the gaming industry since 1982 and has since worked in the Caribbean, Africa and Asia. He relocated to Asia in 1998 initially accepting a position with Star Cruises before moving on to work in Macau and Singapore. David moved to the Philippines in 2015 and is now the General Manager – Casino for Thunderbird Resorts & Casinos and oversees all gaming operations for their properties in Rizal and Poro Point, La Union.